10 Traditional Spanish Dances You Should Know About

10 Traditional Spanish Dances You Should Know About

by Admin
in general
0 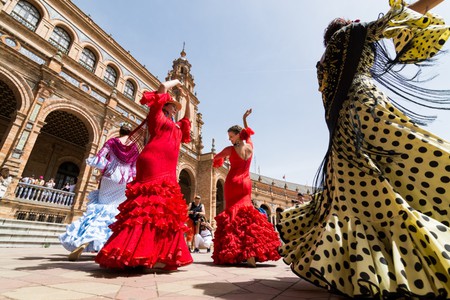 Though traditional dance in Spain summons up iconic images of flamenco, there are many variations widespread across the country. From the gypsy communities of the south, to the Celtic heritage of Galicia in the north, the rich and diverse culture of Spain is perfectly captured by these 10 traditional Spainish dances.

The origins of the sardana are not entirely traceable – some believe they date back to ancient Roman times – but most agree that by the 19th century the dance was widespread in the Catalan regions of Empordà, Roselló and Garrotxa. The dance is performed by a circle of alternating men and women who hold hands and dance in rhythm to a live band called a cobla. It’s a popular group dance which is performed at celebrations and public gatherings and has become a symbol of Catalan identity. 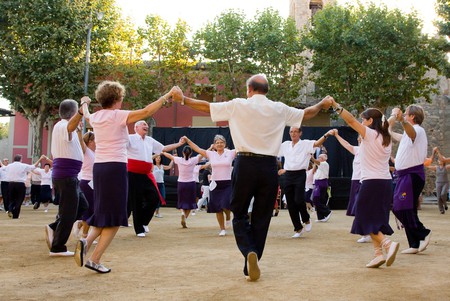 Undoubtedly one of the most famous cultural exports from Spain, flamenco is in fact so much more than just a dance: it’s an art form recognised as part of the Masterpieces of the Oral and Intangible Heritage of Humanity by UNESCO. It emerged among the gypsy communities of Andalusia and is performed by a mixture of singing, guitar playing, dancing, finger snapping and hand clapping. 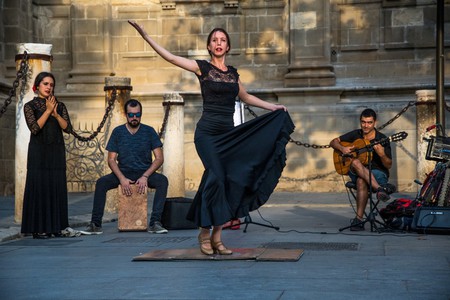 A dance found in the north-western region of Galicia, the muiñeira is an example of the Celtic influence on the local culture in this part of the world. One of the most obvious parallels with Celtic music is the use of a type of bagpipe known as a gaita to perform the accompanying music. There are regional types of muiñeira, including muiñeira de Chantada. 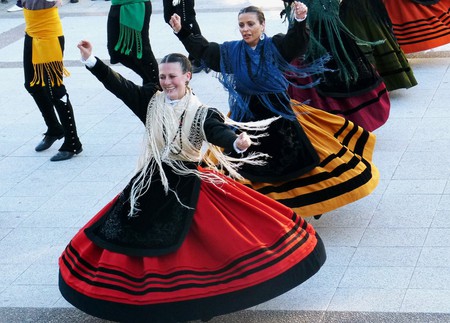 One of the more famous Spanish dances, the paso doble is a fast-paced dance based on the rhythm and movement of a bullfight. It was also used in the Spanish infantry to set the speed of march, as well as in 18th-century comedies, although its origins are in fact French. As a ballroom dance it is usually performed in pairs, one man and one woman, with the former said to represent the matador – or bullfighter. 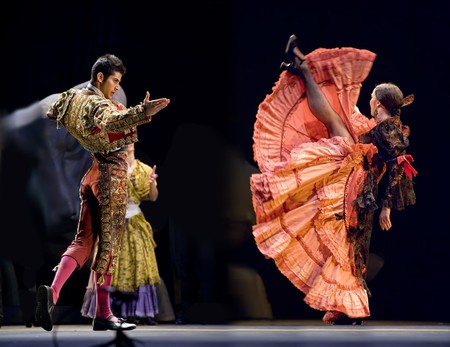 The bolero is a type of dance found in both Cuba and Spain – although both have distinct origins. The Spanish bolero is said to have emerged in Spain in the 18th century as a result of the blending of two existing dances, the Sevillana and the contradanza. The dance is of moderate pace and is accompanied by guitar music and castanets, and is usually performed either by a soloist or by a couple. Although the dance has fallen somewhat out of fashion, it remains significant in the history of Spanish dance.

The fandango –a name most people will have heard of – is a fast-paced dance performed in couples and shows similarities to the bolero. It is traditionally accompanied by guitar, hand clapping and castanets, making it a festive, lively performance – especially the shorter dances known as fandanguillos. 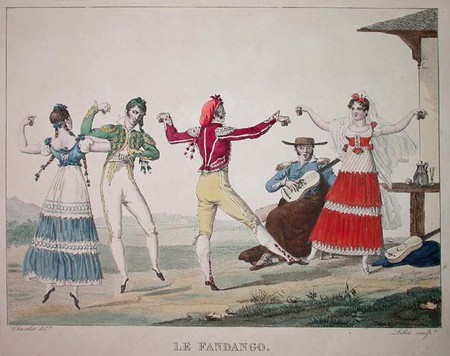 The zambra is often qualified as a type of flamenco which emerged from around the city of Granada in Andalusia where it was historically performed at weddings. Unlike flamenco, it is danced barefoot and has many similarities with Arabian belly dancing – with which it shares common ancestry – and the dancer usually reveals her stomach by tying her blouse beneath her chest. 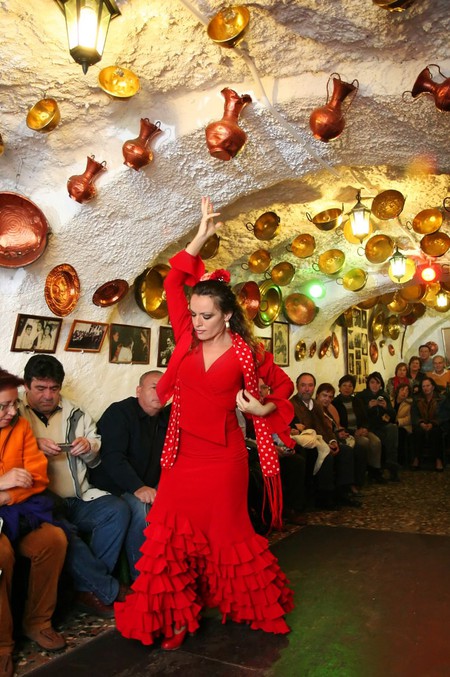 The jota is a dance which exists in distinct forms in many of the regions of Spain, including Aragon, Valencia, Catalonia and Galicia, where in each case it reflects the local culture and history. One of the best known is the Aragonese jota, which dates back to the 18th century and was particularly fashionable in the 19th century. In its purest form, the dance is particularly complex, involving rapid foot movements and small jumps. 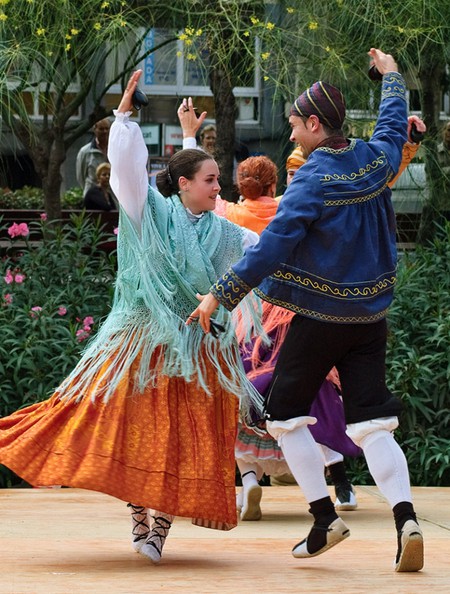 As the name indicates, the Sevillana is a type of folk music and dance which originates in the southern Spanish city of Seville and shares similarities with the other main Andalusian dance: flamenco. However, Sevillanas are less formal and less physically demanding than flamenco, meaning they can be performed by people of all ages and sexes, which has made them particularly popular at festivals in southern Spain. 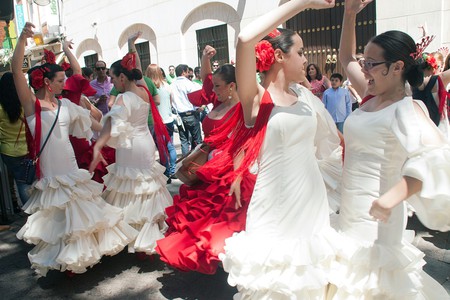 Women performing the Sevillana in the street in Spain | © Procy / Shutterstock

Not exclusively a dance, the zarzuela is more a popular form of lyrical performance featuring song and dance. Dating back to the 17th century, the dance was later popularised in the 19th century thanks in part to the work of Francisco Barbieri and the Zarzuela Theatre in Madrid. After falling out of favour during the Spanish Civil War, it was revived during the 1950s and 60s, and continues to be performed in theatres across the country today. 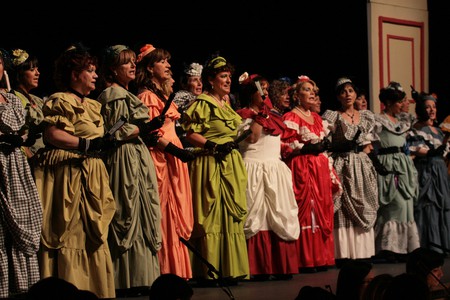